Heriz is a town in the Province of Eastern Azerbaijan, which became famous hundreds of years ago as a center for oriental culture and for the geometric-design carpets produced there.

This is a very old carpet design, and in the past forty years the Heriz design has been produced in the city of Tabriz which is the capital city of the province of Eastern Azerbaijan. A typical design features a baroque style medallion along with repeats of rosettes and palmettes which appeal to European tastes. 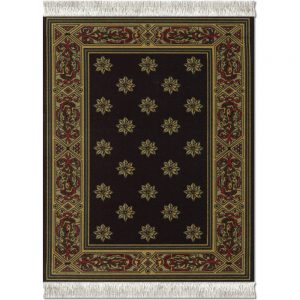